ALL staff and suggested instructors. 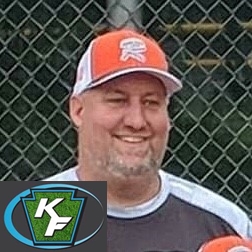 Joel is available for 1 on 1 or group training. If you have questions or want to discuss scheduling please contact him via text/phone call at 717-798-0748 or joelculver@keystonefieldhouse.com

Joel is the GM of Keystone Fieldhouse and has over 20 years of coaching/instructing experience for different levels. He has an absolute passion for coaching, instructing and helping youth of all ages in any way possible. A long time resident of the area, injuries forced him to hang up his glove, so he turned his baseball journey to coaching and makes top priority of safety and the well being of players. He recognizes that every player is different and must be coached as an individual.  What works for one may not work for another and what one understands, another may not.  Joel believes strongly in setting short term goals for long term success and looks at a players baseball journey as a marathon not a sprint while stressing to them enjoying the ride, staying hungry and staying humble.  He teaches players to not fear failures but instead get out of their comfort zone and learn from and become better because of them and emphasizes not only measuring their success on the field but off the field as well. 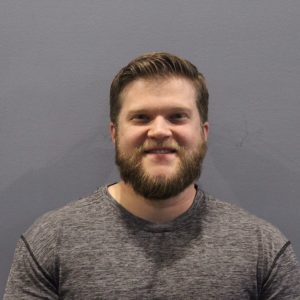 Director of Technology and Amateur Recruiting

Jeremy is available for recruiting, video and information. If you have questions or want to discuss scheduling please contact him via text/phone call @ 717-649-4346 or email jfagelman@keystonefieldhouse.com

Jeremy is the Director of Technology and Amateur Recruiting for Keystone Fieldhouse and also helps with everyday operations. For the past 9 years, Jeremy worked for the San Francisco Giants as the Independent League Scout and Richmond Team Video Coordinator.  He was a part of two World Series Championships and is honored to have a World Series ring from each of those seasons. Jeremy also worked for the Phillies in 2010 in player development and video operations. He began working for the Harrisburg Senators as a Bat Boy, at 15, and worked up to Assistant
Clubhouse Manager.

Jeremy’s passion, experience, and knowledge in the game will help him transition to the role of helping to educate younger
generations and prepare them for the next level. With his scouting background, he will be able to help translate how players will be viewed by colleges as well as professional baseball scouts, while utilizing video and technology to make improvements with mechanics and skills. His video expertise will allow for athletes to be showcased in a professional manner. Jeremy looks forward to helping people use their video and data collected to pursue further opportunities, whether it is travel baseball/softball, college baseball/ softball, or even professional baseball. 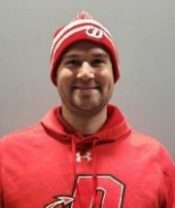 LK is available for 1 on 1 or group training. If you have questions or want to discuss scheduling please contact him via text/phone call @ 717-439-6805

LK is a graduate of Camp Hill High School where he helped lead his team to 2 state championships.  He is currently in his 6th season as a Dickinson College Hitting & Infield Coach where he’s coached numerous All-Conference and school record breaking players.  As a player, LK played DI baseball for West Virginia University as well as Florida International University.  Both years, while playing at FIU the team was ranked in the top 25 nationally.  LK has been instructing players and running/organizing baseball camps and clinics throughout his playing and coaching years and is very knowledgeable in the game.  He has the ability to communicate clearly with players of all ages and skill levels to get the best out of players and aid in their development while having a passion for helping players to develop into their full potential both on and off the field. 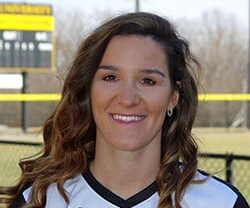 Raeann is available for 1 on 1 or group training. If you have questions or want to discuss scheduling please contact her via text/phone call @ 717-422-4207

Raeann is a graduate of Millersville University in 2018 and Cumberland Valley in 2014. She helped the Eagles earn their last District III Championship in 2014 and helped the Marauders earn their first two post-season bids to the PSAC tournament in program history. During her time at Millersville, she played both in the outfield and behind the plate as a catcher. She was also named 1 of 3 captains during her senior year. After her playing career ended, she returned to Millersville as a volunteer assistant coach for the 2019 – 2020, and 2020 – 2021 seasons.

Raeann has a big passion for teaching the game of softball. As a Central PA native, she not only wants to grow the game but help to build the next generation of elite softball players from the talent in her own backyard.

Raeann’s playing and coaching experience help her understand both sides of the game. As someone who has played the game at the collegiate level, but also coached collegiate athletes, she has the knowledge and expertise to help players of all ages become the best they can be. 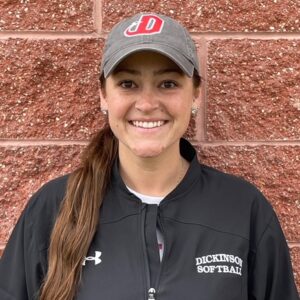 Erin is available for 1 on 1 or group training. If you have questions or want to discuss scheduling please contact her via text/phone call @ 717-601-2721 or email at erin@keystonefieldhouse.com

Erin (Whitman) Darhower is the Director of Softball at Keystone Fieldhouse. She has been an assistant coach at Dickinson since 2019 where she helped the Red Devils win their first Centennial Conference Championship since 2010 and a berth in the NCAA Regional Tournament.

Prior to Dickinson, Darhower was Interim Head Coach of Lebanon Valley College after just one year as Assistant Coach for the Dutchmen. Under her leadership, LVC placed 3rd in the conference and put four players on the MAC Commonwealth All-Conference team with one of those being named a First-Team All-ECAC. Darhower previously spent time as an Assistant Coach at Millersville, helping the Marauders earn their first-ever PSAC postseason appearance and a 28-win season. Darhower has five years of high level travel ball coaching experience with the Central PA Krunch where she helped more than 20 girls play at all collegiate levels.

As a player, Darhower played four years at nationally ranked West Chester University where she contributed to their first ever appearance in the DII College World Series, won two Regional Championships, and won a Super Regional Championship. During her final season with the Rams, she led the team and ranked second in the PSAC in home runs, while her triples were tops among Rams and conference players. Darhower also drove in a team-high 47 runs, ranked 4th best for any season at the time.

Darhower specializes in hitting, catching, and infield. She believes that “hard work, pride, and passion” will get you anywhere you want to go. She hopes to be able to guide players, coaches, and parents to reach goals they have for their softball future. 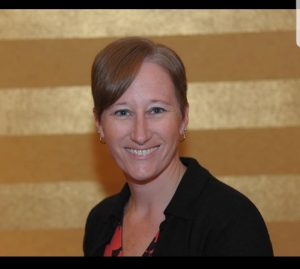 Heather is available for 1 on 1 or group training. If you have questions or want to discuss scheduling please text or call her at 856-364-4888 or email hdunlap91421@gmail.com

Heather has a seemingly endless list of softball accomplishments and a wealth of knowledge about the game, particularly pitching.  Heather attended Muhlenberg College where she played a huge role in her team winning the 2000 Centennial Conference Championship and was awarded the Centennial Conference Pitcher of the Year.  She currently holds a number of Muhlenberg College Softball records.  Heather understands what it takes to be successful on the field and is very passionate about sharing her knowledge with players and helping them to grow to their fullest potential both on and off the field. 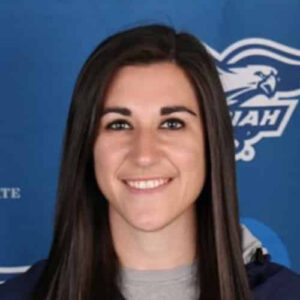 Amber is available for 1 on 1 or group training. If you have questions or want to discuss scheduling please contact her via text/phone call @ 717-315-9540

Amber is a graduate of Upper Dauphin Area High School (‘14) and continued her education and softball career at Messiah College (University) (‘18). A few of Amber’s softball accomplishments were 2013 TVL MVP, 2012 & 2013 Patroit News/PennLive AllStar team, and broke many high school records which still hold today. In college, she received All MAC Commonwealth Second Team Outfield honors in 2016 & 2018 and First Team Outfield honors in 2017. She finished her carreer in the Top 10 in multiple Messiah statistics (Homeruns, Total Bases, RBI’s, Runs Scored and Games Played). Throughout her college career Messiah was very successful. In 2016 & 2018, they won the MAC Commonwealth Championships. In 2016, they won Regional’s & Super Regional’s and were National Runner-Up. Amber has a passion for helping youth grow and develop in softball.

It is her way of giving back to the sport that made her into the coach that she is today. Amber has also coached at the NCAA level. She was the lead Outfield Coach for the 2020 and 2021 season at Franklin and Marshall College in Lancaster, PA. Amber has been instructing personal lessons and clinics since she has been in high school and is very knowledgeable. Amber is very personable and is good at pushing athletes to their fullest potential. She knows what it takes to be successful and enjoys sharing her knowledge with players to help them achieve their goals on and off the field.